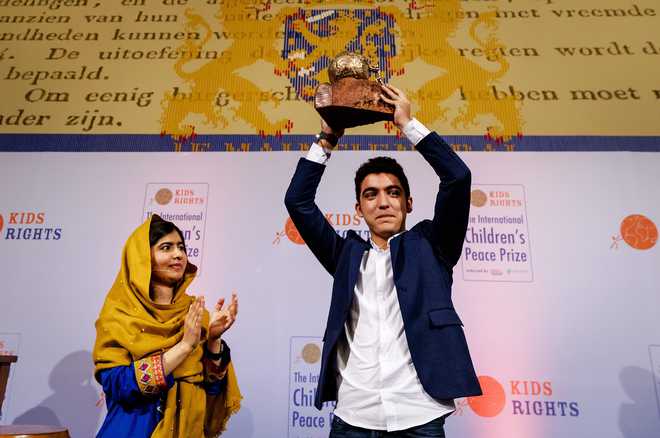 The Children’s Peace Prize was launched by KidsRights during the 2005 Nobel Peace Laureates’ Summit chaired by Mikhail Gorbachev. Since then, the prize has been presented every year by a Nobel Peace Prize Laureate.

1. The International Children’s Peace Prize is a sign of recognition for the young winner.

2. He or she receives the statuette ‘Nkosi’, which shows how a child sets the world in motion.

3. The winner also receives a study grant and a world-wide platform to promote his or her ideals and causes to the benefit of children’s rights.

4. A project fund of €100,000 is invested by KidsRights in projects that are closely connected to the winners’ area of work.