The Anja Niedringhaus Courage in Photojournalism Award was created to honor the life and work of Pulitzer Prize-winning AP photographer and IWMF Courage in Journalism Award winner Anja Niedringhaus (1965-2014). With this Award, the IWMF celebrates the courageous work of women photojournalists like Anja. The Award recognizes the importance of visual journalistic work that inspires us to take action and compels us to better understand the world. Created in 2014 with a $1 million gift from the Howard G. Buffett Foundation, the Award will be given annually to a woman photojournalist whose work reflects courage and dedication, as Anja’s does.

The Award winner will be publicly honored, have her work showcased, and receive a cash prize of $20,000. 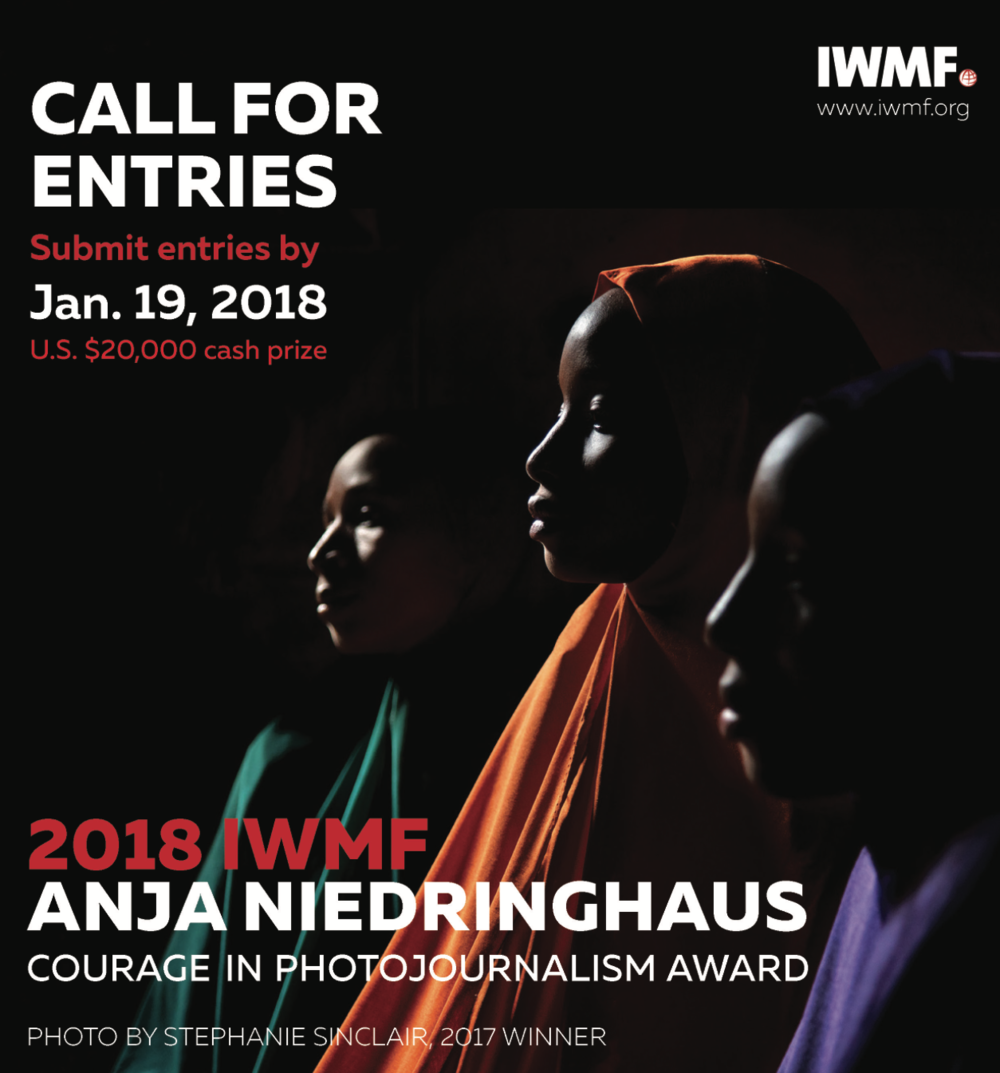