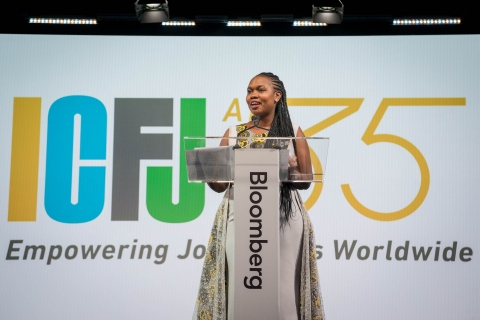 The Michael Elliott Award for Excellence in African Storytelling, a collaboration between the International Center for Journalists (ICFJ), the ONE Campaign, and the Elliott family, honors up-and-coming journalists in Africa who strives to strengthen people’s voices and illuminate the transformational change taking place on the continent.

The Award was established in honor of Michael Elliott, an outstanding editor, philanthropist, and former ICFJ director, whose life was a testament to the power of storytelling to bear witness to and improve the human condition. Elliott served as a distinguished editor at The Economist, Newsweek, and Time before becoming CEO of ONE. In 2016, he had spoken of his dream to establish an award that would bring together his belief in great journalism with his commitment to progress in Africa.

A. Due to ongoing travel restrictions as a result of COVID-19, the 2021 program will take place virtually. ICFJ will arrange a series of approximately 10 virtual meetings over the course of the fellowship, featuring media and experts from U.S. and U.K. newsrooms as well as former Michael Elliott Award winners. ICFJ will tailor these sessions to the interests of the award winners. The sessions will include meetings with journalists from prominent international outlets, such as the Washington Post, The Economist, Al Jazeera and others.

B. The winners will be invited to take part in a virtual internship with prestigious media outlets where they will have access to editorial meetings and media experts and share their own experiences with top journalists.

C. To take full advantage of the training opportunities offered, applicants must speak English, even if they work in another language. 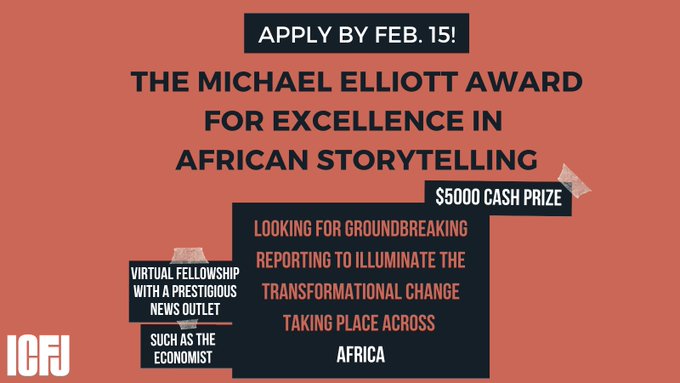