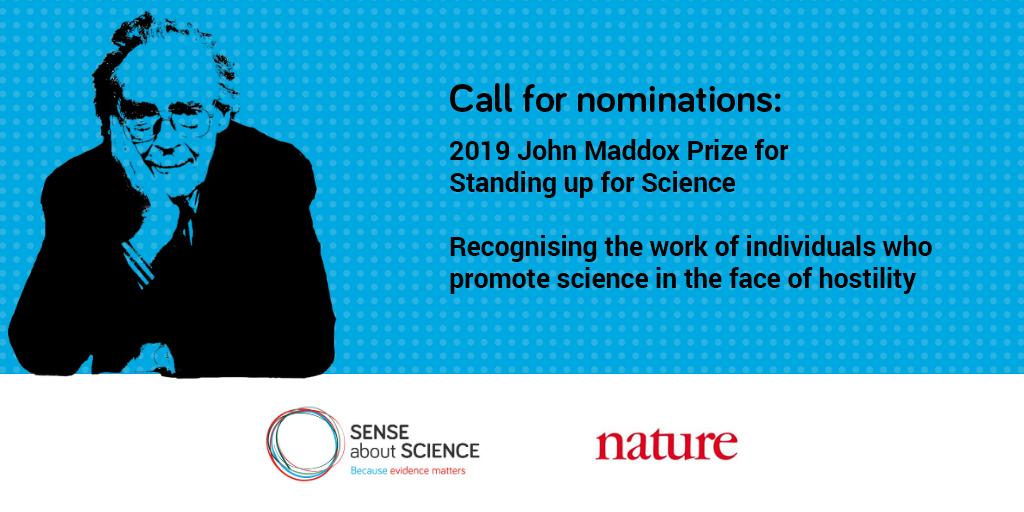 2019 John Maddox Prize for Standing up for Science

The John Maddox Prize recognises the work of individuals who promote sound science and evidence on a matter of public interest, facing difficulty or hostility in doing so. Nominations for 2019 are now open.

Sir John Maddox, whose name this prize commemorates, was a passionate and tireless champion and defender of science, engaging with difficult debates and inspiring others to do the same. As a writer and editor, he changed attitudes and perceptions, and strove for better understanding and appreciation of science throughout his long working life.

This is a global prize: people from any country and in any field can be nominated.

The John Maddox Prize for Standing up for Science is awarded to an individual for any kind of public activity in any of the areas listed below:

1. The John Maddox Prize awards evening will be hosted at Wellcome Collection, London in November, and an announcement is published in Nature.

3. An additional award is also made to someone who in the opinion of the judges is at an early stage of their career.

Candidates will be judged on the strength of their nomination based on the below criteria: 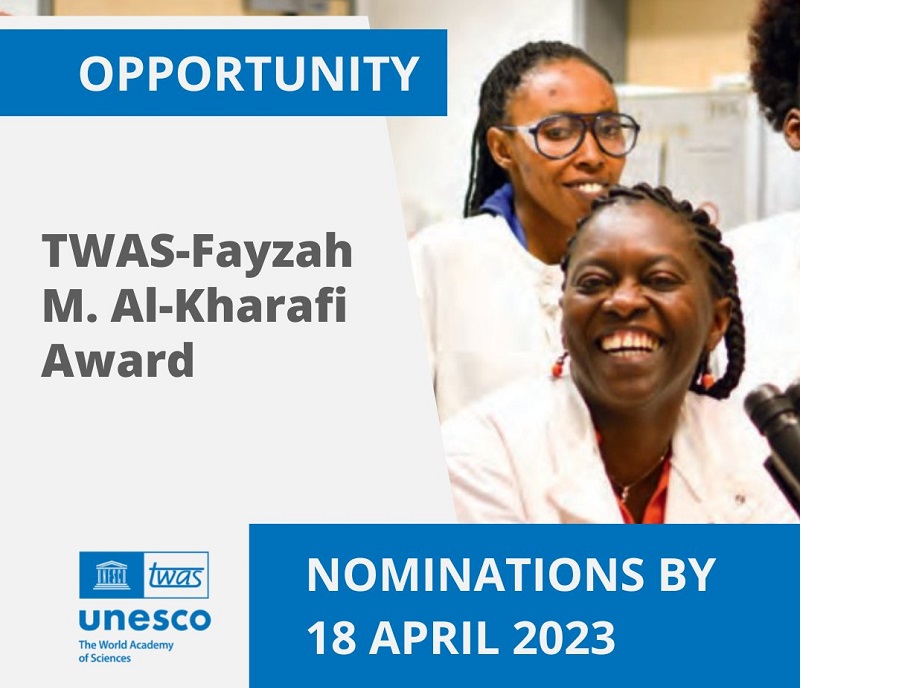